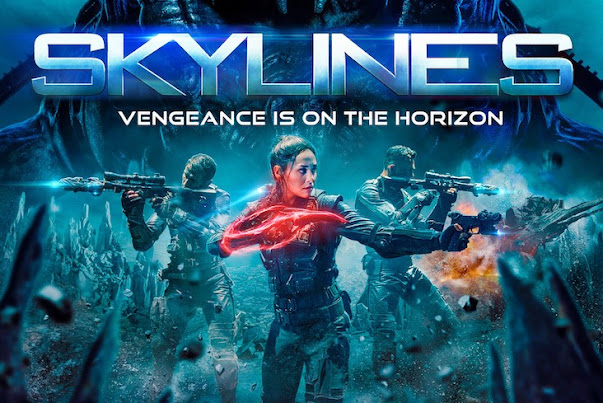 SKYLIN3S is the third and final instalment in the Skyline film series. Many years after the events of Beyond Skylin3s, a new threat forces a team of humans to travel to the alien planet named Cobalt 1.
Lindsey Morgan leads the charge as Rose Corley, the bad-ass human/hybrid. Any fan of 'The 100' will be excited to see Lindsey back in action. Daniel Bernhardt brings his action star quality to the unique martial arts flair of the film which builds on what was done in the series in Beyond Skyline with Frank Grillo and Yayan Ruhian.
The mission to enemy territory brings plenty of action, tension, and betrayal that will entertain any sci-fi fan. For more details of our review, check out the breakdown below.
Overall Rating:
7.3 out of 10
Category Breakdown: