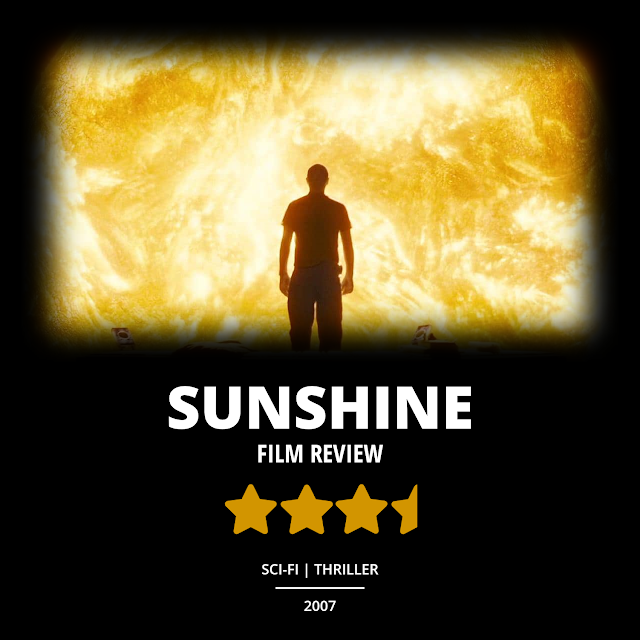 Welcome to Icarus II, a suicide mission to try and reignite the sun.

55 million miles from home, a team of astronauts travel through space on a collision course for the sun. Their ship contains a massive thermal nuclear weapon in an effort to fling the bomb into the sun to reignite its core.

As they travel closer to the sun and pass Mercury, they are presented with a dilemma as they discover the remains of Icarus 1. The team must discuss and assess the risk moving forward as their chance of succeeding has now potentially doubled if they choose to secure the payload on the stranded Icarus 1.

I found myself entranced immediately as the film began, from the incredible visuals to the relatable crew, the tension of the situation, and the vigorous sounds of outer space.

The 8 men and women of Icarus are designed to embody a religious or spiritual allegory as they each cling to something to emphasize their beliefs. The development of each character throughout the film comes full circle as they have to face their belief or make a decision based on their belief.

One character in particular that really stands out is Searle played by Cliff Curtis. He spends many moments alone in an observation deck mesmerizing over the direct view of the sun. These scenes hold a great deal of symbolism as he clings onto the one thing left in life, the sun. His peaked curiosity and obsession desperately want to view the sun in all of its glory but he is warned that viewing for long periods of time is damaging to his body.  This parabolic story encompasses everything about life and its fragility.

The third act of the film is where many people might feel lost and rightfully so as it shifts gears and adds a bit of a horror element as the crew encounters Icarus 1. Though there are a lot of moments leading to this encounter, the music and cinematography which helped emphasize the tense horror scenes, should have been a bit more prominent throughout the film. Now, this is not to downplay the score or cinematography by any means, because both are exceptional.

Composer, John Murphy's iconic score has stood the test of time as his Adagio in D Minor is a brilliant song that was composed for this film. This timeless track has been used in many other films and throughout popular culture ever since, most recently in the flight scene of Wonder Woman 1984.

Regardless of some of the third act missteps, the film overall is one of the best science fiction films to come out in the last 20 years and is definitely worth a watch.