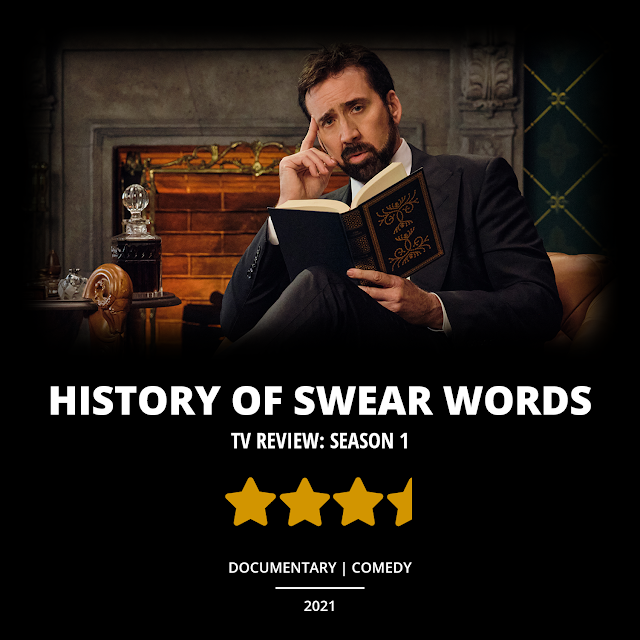 The History of Swear Words is a documentary that we would have never known we would want, but Netflix knew better. The first season of this hilarious documentary series examines the six most commonly used swear words in the English language in very quick, 20-minute episodes.

Each episode explores the past, present, and potential future for each word from the expertise of: linguistic specialists, actors, and comedians. These unique perspectives allow us to get a range of knowledge about the use of the word that are simultaneously interesting and useless.

I was excited to see this show when I found out that Nicolas Cage was going to be the host since it seemed like such a perfect fit. He is hilarious, charismatic, and sure does delivers the F-bomb with such sophistication. He and the guests give the episodes that comedic edge which makes it easy to watch and offers many laughs throughout. It is also interesting to see how society reacts to the words in popular culture, specifically with film and television restrictions.

A hilarious lineup of comedians are featured in the show, which includes Nick Offerman, Sarah Silverman, Nikki Glaser, and many more.

Documentaries are not everyone's favorite medium, but this documentary series fixes most problems the genre has by keeping the episodes short, providing information in an easy to digest manner, and adding plenty of funny moments, which makes the series extremely unique. If you are looking to watch something quick, this is a fun watch.