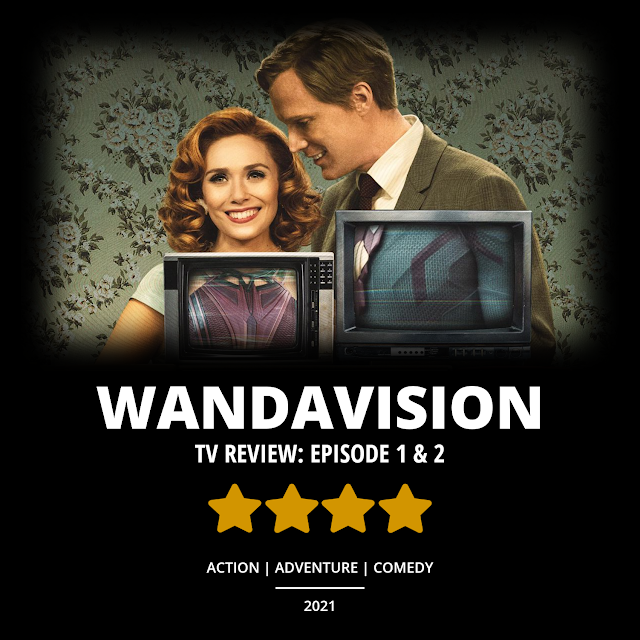 The first two episodes of WandaVision look to set the tone for the future of the MCU. In recent years, Marvel has tried to push the boundaries with their content by moving away from your typical superhero film and started blending them into different genres. WandaVision is the first introduction to something that feels completely fresh and new, at least regarding the first two episodes.

Wanda, Vision, and supporting characters are dropped into a completely new decade each episode, starting from the '50s in Episode 1 to the '60s in Episode 2.

It is important to point out that so far, the beauty of WandaVision is on its historical television accuracy and character focus. Though there is a great deal of mystery brewing in the background regarding the reason for the 'Truman Show' vibes, it is really fun to see the characters poke fun at each era.

The show's attention to detail for the decade used in each episode is incredibly intricate, all the way from the wardrobe to the set design. The look and feel of both episodes accurately reflects what one would expect if they went back in time to these decades. They had even created unique intros, which are such fun little additions to the episode.

The cast's incredible performances amplified the brilliance of the script, as they truly embodied a person from that period, right down to the mannerisms and catchphrases.

Without going into spoilers, the first two episodes of WandaVision are a lot of fun to watch! It was also great to finally see two characters that haven't had much spotlight in the MCU, take center stage and come into their own. It will be interesting to see how the mystery unfolds over the remaining seven episodes.