I Care A Lot Film Review 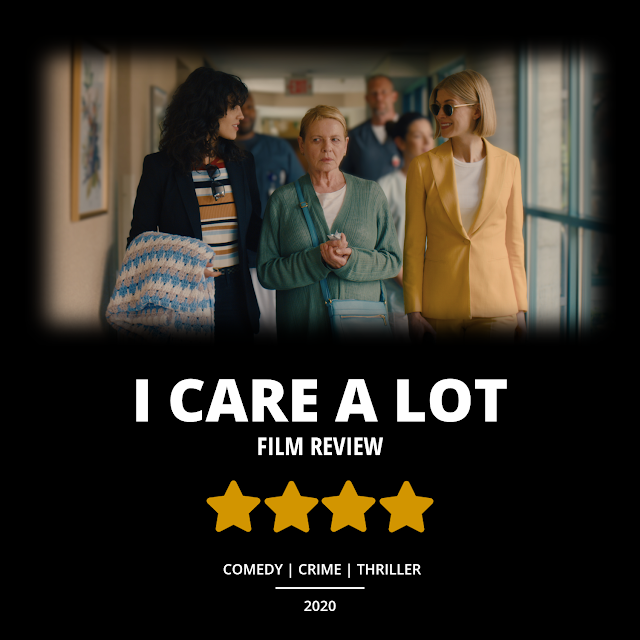 I Care A Lot is a film that sees Rosamund Pike starring as the ruthless Marla Grayson, a legal guardian who, with the help of her partner Fran (Eiza Gonzalez), builds a business off of abusing the system to take advantage of elderly people for profit. She eventually targets the wrong person, and her pursuits lead to an interesting cat-and-mouse game versus the crime lord Roman Lunyov (Peter Dinklage).

The film feels like it took a lot of inspiration from the TV show American Greed, which is CNBC's shocking true crime series that examines the dark side of the American Dream.

The film overall is quite engaging and the plot is sure to keep you thoroughly captivated with its interesting twists and turns. Rosamund Pike wonderfully plays another vicious, cunning character similar to her past work in Gone Girl (2014), and as a viewer, you may either really hate her or respect her hustle, but no matter what she does a great job at leading the show with her skills. Peter Dinklage, who although shows his continual tact and range as an actor in the film, I felt that his character was written in such a way that seems too unrealistic for a ruthless leader of a criminal organization. This goes for all characters in the film related to the criminal organization since they come off as rather weak.

The story is rooted in exploring the lives of people with no morals, so if you can't get past that behavior, then I'd say do not watch this movie, but if you don't mind seeing a ruthless scammer at work and a crime boss coming after her, then be prepared for an entertaining watch, where you always want to know what will happen next.