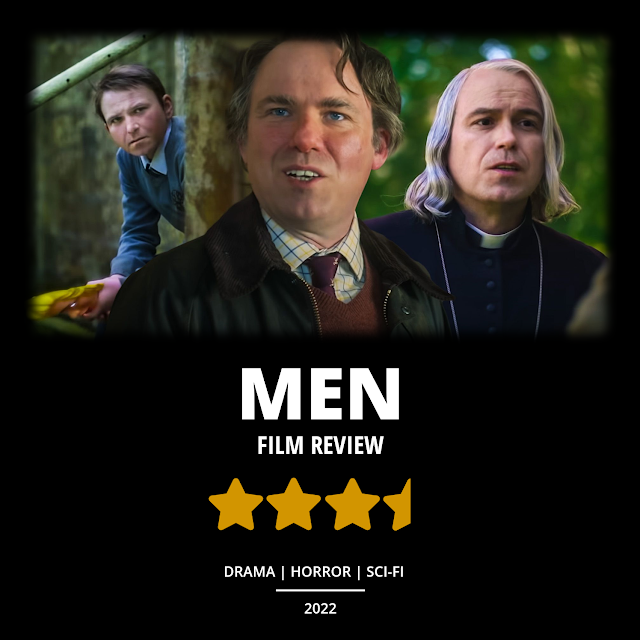 Garland explores the themes of love, grief, and trauma throughout this film. In the aftermath of a personal tragedy, Harper (Jessie Buckley) retreats alone to the beautiful English countryside, hoping to find a place to heal. However, someone or something from the surrounding woods appears to be stalking her. What begins as simmering dread soon becomes a fully formed nightmare, inhabited by her darkest memories and fears. Women give all their love to the people they care about most, so what happens when that love isn't reciprocated or it turns into something violent? In this case, Harper is blindsided by the man she once knew and that love that they once shared turned sour. Garland shows boundaries being crossed and what the definition of consent is in this film.

As Harper tries to navigate her healing process, Garland places flashbacks at the opportune moment to show what she's struggling with. With every encounter Harper has with her stalker, a piece of her is brought back to her time with her partner. There are parallels to his behaviour and how afraid she was in that moment with him to the present day. She is traumatized by many things in that relationship, but by the third act of this film, she realizes all men are the same in different ways. The visual imagery in Garland's films always elevates the story. In this case, Garland throws Harper into a nightmare in the third act that symbolically shows men being reborn and breeding other abusers. One step further, it shows the patriarchal hierarchy of men teaching other men how to act masculine, therefore harming others around them with their ideology.