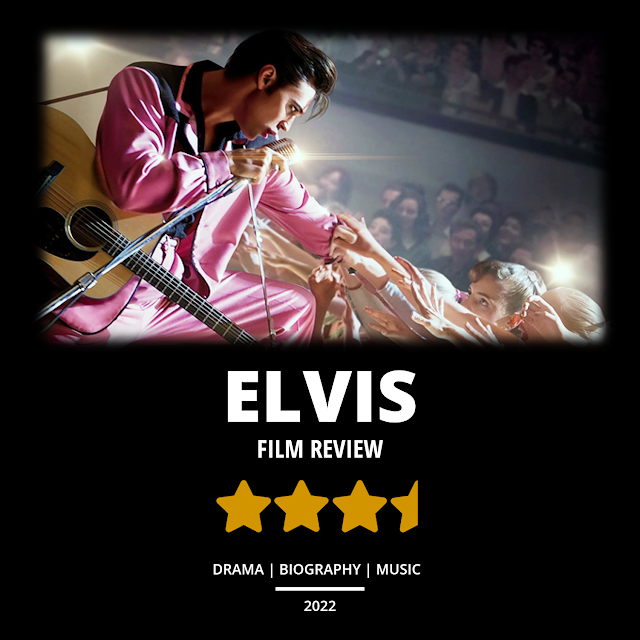 Elvis highlights the two decades that Colonel Tom Parker (Tom Hanks) managed him. The film is narrated by Parker and it is truly the only way they could have done it. The only one close enough to Presley was Parker, and we get to see that relationship. Presley was this wholesome American boy who suffered from stage fright before walking out on that stage. Parker knew he had it in him, and once he saw him on that stage, he knew exactly what he needed to do to rise to fame. If you know Luhrmann, his style is pretty distinct. Viscerally, there’s so much flashy camerawork within the first fifteen minutes of this movie. And Luhrmann set the tone of how extravagant Parker made Presley. There is no one else who could have made this biopic because of the amount of excess and flare he brought to it, to tell the King’s story.

This is possibly one of Luhrmann’s most polished and tame films that he has made. His signature style was all over this, but somehow this is his most grounded film. The one reason this particular biopic stands out above the rest is the performance from Austin Butler as Elvis Presley. Some actors completely embody the artist they’re playing, but this is just a different case entirely. Butler became him and adopted his physicality, his vocal twang, his little idiosyncrasies, and had the star quality only Presley had. It is an incredible experience to watch Butler perform such iconic songs while sounding exactly like him. He studied Presley and you could see it all over. Even when they had to age him, it was a perfect performance from Butler.