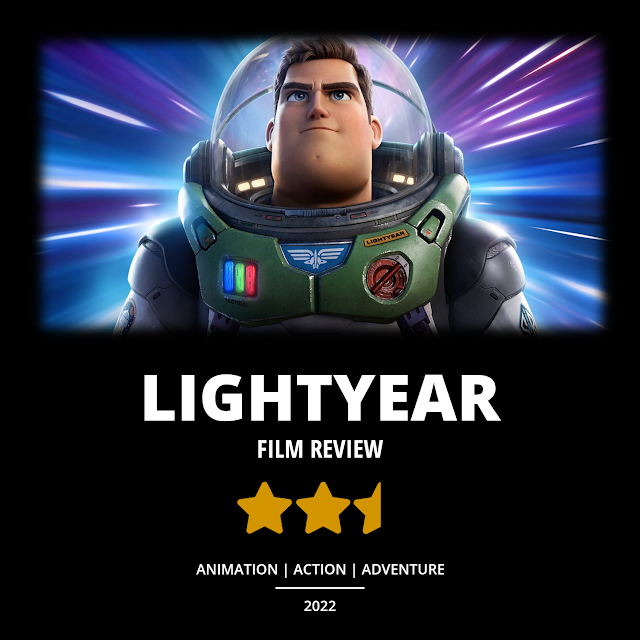 Naturally, when we think of Buzz Lightyear, we think of Tim Allen. But now, hearing Chris Evans voice the original character that the toy is based on, it’s impossible to hear anyone else. Evans has always wanted to be in a Pixar movie and having him play one of the most iconic Pixar characters is perfect casting. Voice acting can be difficult because of the line delivery, but Evans made it seem effortless. It’s almost like you could see him saying the lines as we saw Buzz on screen. He was so expressive and just so wonderful as Lightyear. This works because Evans is such a likable actor and Buzz is an iconic character, so it feels like a comforting combination. Similar to Evans, Keke Palmer was a joy to watch as Izzy and she matched Evans’s energy. Having both of them on two different journeys with one common connection made for an interesting dynamic.

Lightyear has stunning animation that will take you into space with Buzz Lightyear. Pixar has perfected its animation and it has gotten to the point where it seems so lifelike. The scenes in space, especially on an IMAX screen feel so epic in scale. Animation can always push the boundary a bit more than live-action and that’s why it added a different feeling when watching this on the big screen. Even though the story may feel a bit generic, the emotional connection with Buzz and the Hawthornes moves the story along. The one character that will be everyone’s favourite after watching this movie is Sox. He is a little robotic cat, that Alisha got for him as his emotional space companion. Buzz learns to love Sox and the two of them make a great pairing throughout the film. This movie is fun for the whole family and is something old Toy Story fans will appreciate because it will make them feel like a kid again.