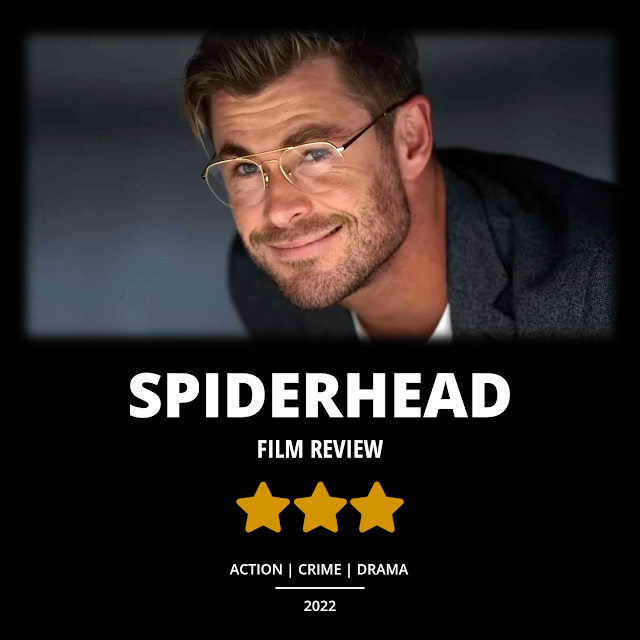 The one thing about Spiderhead is that even though it was a bit awkward and slow at times, this cast gave solid performances. Jeff (Miles Teller) and Lizzy (Jurnee Smollett) both have done horrible things and they think the trials help them process their pain. In a way, when someone does something by accident, it haunts them for the rest of their lives, and the film poses the question: what truly makes a person bad? Jeff and Lizzy think they deserve all the pain in the world for what they did, and they are compliant with the trials no matter what. But once the trials get a bit more intense, Jeff questions the real reason Abnesti went into pharmaceuticals. There are moments where Teller, Smollett and Hemsworth had to show a wide range of emotions within seconds, which can be fun, but also challenging. It was impressive to see the switch when the different drugs entered their system and changed their emotions.

Spiderhead has a very interesting concept and that is what keeps you engaged the entire runtime of the movie. There are some weak spots and the film seems to drag at times, but the acting always picks up at the right moment. The film does get stronger as it goes on and it gets darker. It is a movie that highlights grief, trauma, and guilt, and how that manifests into something else later on. Chris Hemsworth does give one of the best performances of his career. This is the first time where he loses himself in a character and it was fun to watch him explore his range. What made this movie even more fun was the wonderful soundtrack. The songs that were used throughout really made for some interesting action scenes, which Kosinski is so good at directing.