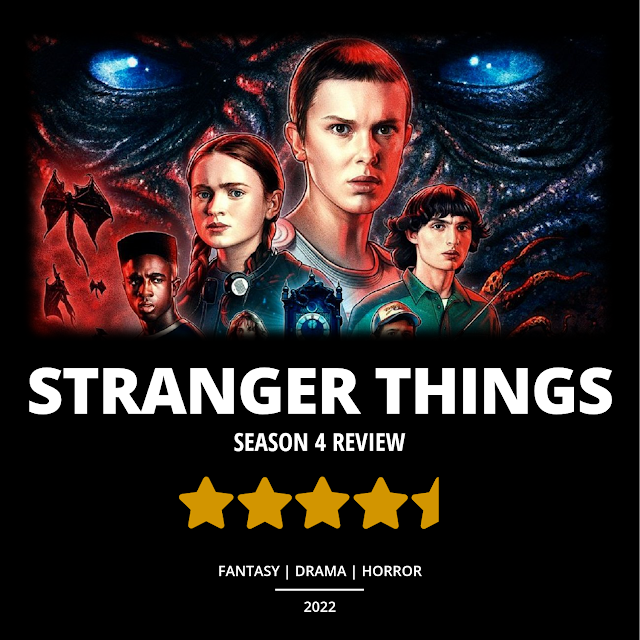 Season 1 of Stranger Things was a spectacular throwback to 80’s sci-fi, and a surprise mega-hit for Netflix. Naturally, it spawned a second season, which pulled from the same bag of tricks we’d already seen, often relying too heavily on nostalgia. Season three saw a big improvement in storytelling, but still felt like it was using its retro setting as a narrative crutch. After a lengthy hiatus, the show is back with it biggest season yet, but does bigger equal better?

In most ways, the answer is a resounding yes. With a $30 million per episode budget, Stranger Things has never looked better. The production value is through the roof, leaving us with something that feels far more cinematic than you’d expect from a TV show. It’s evolved beyond the nostalgia gimmick, into a genuinely great sci-fi series that happens to be set during the 80’s. There’s certainly still plenty of nostalgia to be found, but it acts as more of a compliment to the strongest story the show has given us in years.

Apart from the kids now looking like they’re ready to apply for a mortgage, the show slips back into its groove like it never missed a beat. Yes, it’s a bit jarring watching 18-20 year old actors play high school freshmen, but it’s exciting to see these characters again. Having the gang split up this time around gives us three separate plot threads, two of which work better than the other. Mike, Will and Jonathan feel like afterthoughts for most of the season, but their story ties back in nicely for the finale. The super-sized episodes can be a little daunting, but the pacing works relatively well. There isn’t a lot of filler, but most of the episodes could’ve benefitted from tighter editing to cut down on their bloated runtimes.

Stranger Things 4 is everything fans have been patiently waiting for. Filled with riveting twists and turns, it sets the stage perfectly for what is sure to be an epic final season. Let’s just hope we don’t have to wait three more years to find out how it all ends.