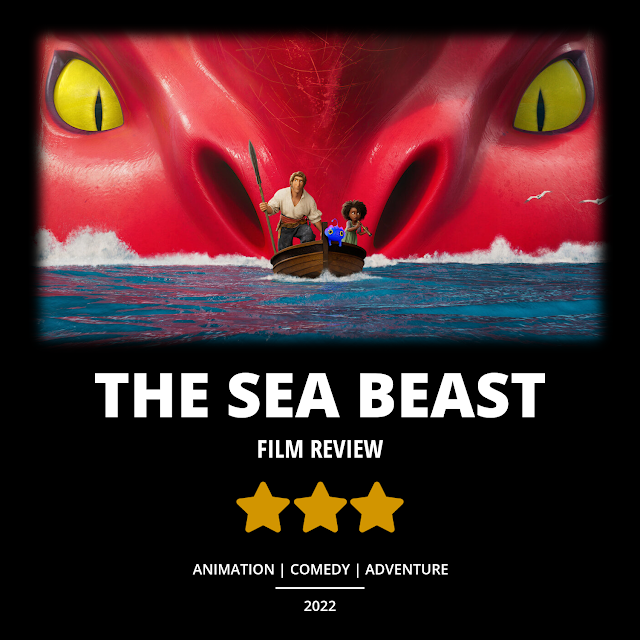 It would be easy to dismiss The Sea Beast as yet another run-of-the-mill animated feature built for the direct to streaming market. However, this family friendly pirate tale makes enough of a splash to land a recommendation.

Narratively speaking, The Sea Beast is about as conventional as it gets. You’ll see every story beat coming from miles away, especially since it borrows heavily from other movies - namely How to Train Your Dragon. It’s familiar territory, yes, but there’s a level of comfort in the simplicity of the story. The themes aren’t exactly challenging, but they’re effective and impactful, especially for younger audiences.

Despite the lack of originality, the movie benefits from confident direction by an experienced filmmaker. Chris Williams’ filmography includes movies like Big Hero 6 and Moana, giving him a strong grasp on the animation genre. The Sea Beast comes from a smaller studio on a fraction of the budget, so naturally it doesn’t have the same level of polish you’d expect from Disney or Dreamworks. Williams makes up for the lack of meticulous detail by wowing the audience in other ways, though. He does a fantastic job conveying a sense of scale when it comes to the titular beasts. The frequent use of ultra wide shots, featuring both humans and beasts, gives a clear sense of just how massive these creatures are.

Although not as inspired as it could have been, The Sea Beast is an enjoyably family film, especially for those with young children. It’s standard animated fare, elevated by the work of a director who’s helmed bigger productions. The result is a high seas adventure the whole family is likely to enjoy. The Sea Beast surfaces this upcoming Friday on Netflix.