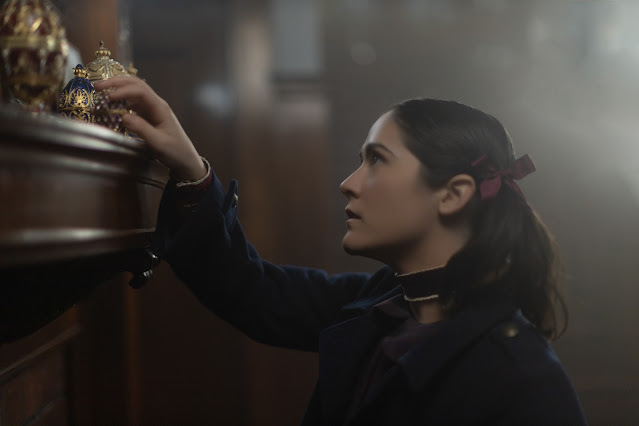 It’s pretty easy to mess up a prequel. Especially one released 13 years after the original movie, seemingly long after anyone would be interested in the characters anymore. But “Orphan: First Kill” is far from your average prequel. The movie is full of appropriately haunting visuals and creepy storylines that already make it a successful scary movie, but what makes “Orphan: First Kill” such a scream is how it reaches a whole new level of horror that fans of the original will never see coming. While the filmmakers easily could have copied what the first one did, as seemingly every reboot/sequel/remake/prequel seems to do these days, “Orphan: First Kill” brilliantly chooses to do something different with its characters and storyline, a refreshing change that’s not only welcome to see in the horror genre but in modern movies as a whole.

Just when you think that the movie is going to be an enjoyable, if not generic, prequel, it throws you a curve ball that turns this horror movie into a quasi-dark-comedy. There was an actual camp in this movie! I love that director William Brent Bell wasn’t afraid to be as cheeky with his tone as he was bloody with his kills. Just like the titular orphan, NOTHING is as it seems in this movie and I’m obsessed. It’s rare when an already good movie can suddenly shift to being a great one, but “Orphan: First Kill” manages to do so with great satisfaction. Questionable details are set up early on that end up having a plausible and effective payoff later which makes for an entertaining movie-watching experience. Although, the most implausible thing by far is that these parents named their kids, who were born in the 1990s, Gunner and Esther. Seriously?

Isabelle Fuhrman returns as Esther, a casting choice that I have to applaud the filmmakers for making. Again, they could have taken the easy route and simply cast a new young actress, but Fuhrman’s performance was part of what made the first movie so successful and what fans loved about it. In her return to the role, Fuhrman is chilling. I was so on edge knowing that she could go from seemingly sweet to homicidal in seconds, exhibiting Hannibal Lecter levels of sociopathic behavior. Julia Stiles joins in on the terror this time around and while she’s great in everything she’s in, Stiles is on some QUEEN SHIT in this movie. What a fantastic role to play!

Even if you haven’t seen the first “Orphan” movie, I highly recommend checking out “Orphan: First Kill.” A creepy and campy horror movie that’s guaranteed to have you screaming for one reason or another, this is a fun movie. I am never trusting a single child ever again, BTW.