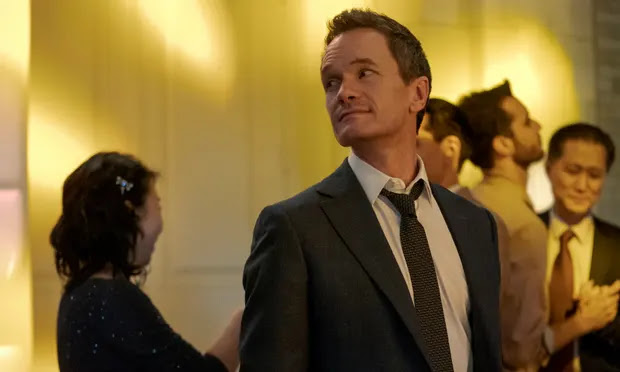 The creators of Sex and the City brings a brand new show starring; Carrie, Miranda, Samantha, and Charlotte. well, not those exact characters but the new foursome that we are following in Uncoupled is The Sex and the City personalities.Neil Patrick Harris Is the Carrie of the show, he plays Michael who is a newly single gay man trying to find his footing in the dating world after so many years off the market. His friends Suzzane, Stanley, and Billy help him navigate the dating world and are his support after his big breakup.

Michael can often come off as annoying often because he complains way too much and the majority of the drama or so-called problems in each episode are by his own doing. Breakups are never easy but Michael complains way too much for a man who has everything going for him and even as he complains about being single, he is dating someone new almost every episode which makes his whining even less forgiving. Luckily, after a few episodes, he does grow as a character in both the show and on you and becomes a much more likable character.

All of the supporting cast is much more interesting than Michael and are underused for the first few episodes as Michael takes the spotlight but all of that changes halfway through the season as the rest of the cast are given storylines of their own and the show becomes much more entertaining once it finds its footing.

Michael and Suzanne being high-end realtors,
The budget for the show seems to be quite large as the cast live and sell expensive Manhattan apartments and attend clubs and rooftop patio parties every episode.

With only 8, 30-minute episodes for season one, it is a really easy and quite enjoyable watch. A season two is almost certainly being made and I will happily rewatch.

Uncoupled is available on Netflix today