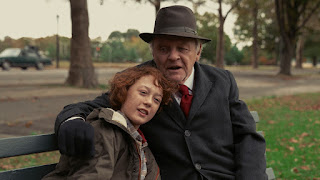 It’s not uncommon for a filmmaker to base a movie on their own life experiences. Their success ultimately boils down to the connection between the audience and the characters. if you’re able to see some of yourself in a film, it will instantly make the experience more special. With Armageddon Time, James Gray has given us a story intimate to his own upbringing, but one that’s also deeply, heartbreakingly relatable.

Set in Queens during the early 80s, the movie centers around a Jewish-American family, doing their best to provide a good life for their children. Gray brings a lot of his childhood to the table but keeps things just broad enough so viewers can connect, allowing them to reflect on their own upbringing. No matter who you are, you will find someone in this film you can relate to, which demonstrates Gray is telling an earnest story from the heart.

Themes of privilege, class divide and racial discrimination run through the movie, but not once do they come across as forced or heavy-handed. They flow naturally alongside the story, making them even more powerful because they always feel genuine. Despite taking place in 1983, the movie wisely chooses not to rely on nostalgia. It will certainly transport you back to another time and place, but it does so through beautifully written and acted characters, rather than cheap gimmicks.

The performances are outstanding across the board. Every actor has an opportunity to shine, and they all do in different ways. This feels like a real, multi-generational family with so much history. Michael Banks Repeta plays Paul - the youngest member of the family. He conveys such sincerity through every line he delivers, giving this character so much heart. Anthony Hopkins has a smaller supporting role but makes the most out of every second of screen time. The tender bond they share, as grandfather and grandson, is superb.

Armageddon Time is an authentic coming-of-age story, that shows how values are passed down through generations, shaping who we are. James Gray poured so much of his heart into this project, resulting in the most honest-feeling film of his career.