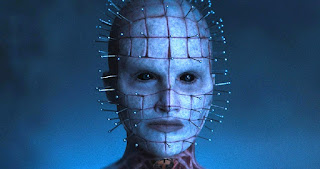 I’m no expert on the Hellraiser franchise. In fact, I’d consider myself somewhat of an indifferent viewer. I’ve seen a few of the movies, but I have no real nostalgia or recollection beyond the series’ iconic villain, Pinhead. This soft reboot is a strong addition to this long-standing horror saga, catering to both first-time watchers and dedicated longtime fans.

I absolutely loved the visuals in this movie, especially the way the environments transformed when shifting dimensions. David Bruckner has some experience in delivering mind-bending visuals, and he showcases that creativity effectively here. There’s a particular scene involving a van that ranks among my favourite horror scenes of the year. The Cenobite design is another major highlight. They aren’t all that frightening, but the way each of them is uniquely mutilated makes for some fantastic-looking monsters.

The performances vary in quality, but the two I was most impressed with were Odessa A’zion, who plays the lead character Riley, and Jamie Clayton, stepping in to play Pinhead. Riley is rough around the edges, and not entirely likable, but that’s an important trait for the character. She’s a recovering addict, so the obsessiveness A’zion brings to the role is perfect. Clayton makes for a truly menacing, yet playful version of Pinhead, though I do think she was a bit underused.

The plot is nothing extraordinary and falls into a few standard horror trappings, but there are some interesting themes beneath the surface. The commentary on addiction, and living with the consequence of your actions adds weight and impactfulness to the story. It isn’t explored quite as deeply as it could have been, but it leads to a meaningful ending bound to resonate with audiences.

Hellraiser benefits from Bruckner’s creative direction and boasts excellent production design. The straightforward plot is given poignancy with themes of addiction and consequence coursing through its narrative. It’s not perfect, but it’s certainly the breath of fresh air this dying franchise has been begging for.