Dead To Me Season 3 Review 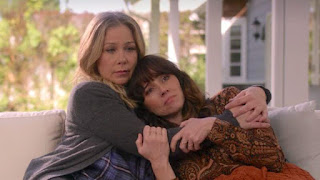 Anytime I see a show that is only a few seasons long for creative reasons, that really peaks my interest to tune in. Many shows today run their course and drag on but executive producer Liz Feldman said early on that Dead to Men would only be three seasons long. This works in the show's benefit as the plot does not get too convoluted over time but instead focuses on crafting an intricate web of lies that constantly make its characters jump over hoops to cover up. This season tied up all of its loose ends and concluded the story and provided a satisfying conclusion to the insane antics of Jen and Judy.

There is definitely a tonal shift this season as it has some of the most emotional scenes in the series. It has been a few days since I finished watching and I am still shocked at some of the major twists. I would love to say that things end happily ever after for our characters but based on the trajectory of the shows and the trail of blood left behind, there has to be a cost for their actions. Christina Applegate, Linda Cardellini, and James Mardsen are a fantastic trio that have such amazing chemistry. The final five hours are used to wrap up each loose end over the past two seasons which drastically affects the future of the trio. Each of our main characters' lives are forever changed by the end of the season, giving us some of the most radical character arcs thus far. The character and story have always been the two driving forces that make this show so great and it's consistent right to its final moments. Dead to Me season three is available now on NetflixReview by: Stefano Bove4/5#deadtome #netflix #show #drama #thriller #tvshow #review #toronto #netflixcanada