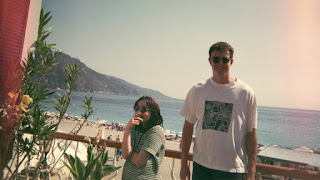 Sometimes you don’t realize how deeply a film is affecting you until its final moments, and there’s no better example this year than Aftersun. Charlotte Wells’ debut feature seems almost too simple in its stripped-down presentation, but in reality, it’s slowly sneaking up on you, building to an emotional gut-punch of a finale.

Paul Mescal and Frankie Corio are wonderful as father and daughter, with chemistry so genuine you’d think they really were related. Both give beautiful performances that never feel like acting, effortlessly selling you on their complex bond with one another. They feel like real people, rather than characters, which is a huge testament to Wells’ writing ability.

One could be easily forgiven for calling this movie uneventful or directionless. There isn’t much in the way of plot or conflict, but that doesn’t mean there isn’t a lot going on. Those who are patient and have a keen eye for detail will take a lot away from this experience. There’s so much that’s revealed about the characters throughout, but it’s done in such subtle, understated ways. All of it quietly frames a stunning final sequence that is, without a doubt, one of the year’s best scenes.

Aftersun is emotionally nuanced, and carefully constructed in a way that prioritizes genuine human emotion over traditional plot structure. You might find your patience being tested, but once you realize what this film is saying, you won’t regret the time you spent with it.