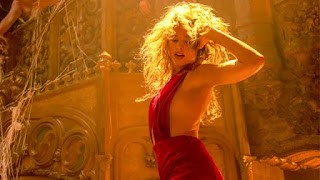 Manuel Torres (Diego Calva) and Nellie LaRoy (Margot Robbie) met one fateful night at a party. Torres worked with elephants for the movies, and LaRoy is a star waiting for her big break. At this one party, things changed for both of them, and in a way, they navigated the silent film era together. One thing about Hollywood is that the highs are high, but the lows are low. The drugs, parties, and alcohol aided the crushing reality of how insignificant they felt in the grand scope of Hollywood. This is also applied to Jack Conrad (Brad Pitt), who was at the peak of his career. Chazelle emphasized the extraordinary parties to show the emptiness in these characters. Each had something missing, and cinema filled that void for them. Whether they were in front of the camera or behind, it completed them. However, the ego does get in the way, and actors are fragile people.

Chazelle captures the essence of filmmaking and what it would be like to be on a set in the 20s/30s. Many don’t understand how jarring the transition was from the silent era to “talkies” until they watch Stanley Donen’s Singin’ in the Rain. Those silent film stars often exaggerated their reactions and were larger than life in a silent picture. “Talkies” didn’t have to be that extra because there was dialogue, and they had an added layer of expression. It’s almost as if the actors and to learn how to act again. This changed the trajectory of many careers, and some couldn’t handle the shift. Chazelle has always leaned heavily on the sound design of his films, and Babylon played with all of it. He mixed the incredible score by Justin Hurwitz, the sound on set, the orchestra, and the dialogue to have the audience understand the monumental shift in cinema. The two that suffered the most in this film because of their image were LaRoy and Conrad, who had two different paths, yet they came to the same conclusion.
Review by: Amanda Guarragi
4/5
#moviereviews #filmreviews #1stReviews #BabylonMovie #damienchazelle #diegocalva #margotrobbie #bradpitt #jeansmart #justinhurwitz #jovanadepo #lijunli #candidcinema #awardseason