This new series created by 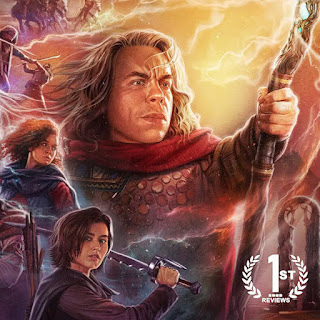 Jonathan Kasdan captures the same magic as the original film, but of course, in a modern way. The most important takeaway from the new series is the inclusivity of its cast of characters. Kit Tanthalos (Ruby Cruz) is the princess and daughter of Sorsha (Joanne Whalley) and wants to learn how to fight and be involved with the townspeople. She wants to make her own choices, especially in marriage. Her brother, Airk (Dempsey Bryk), is the golden boy, heir to the throne, and is in love with a kitchen maid named Dove (Ellie Bamber). The siblings have gone in two very different directions, and in this series, they explore their individuality and whom they are destined to be. Kit has the strongest journey in this series. She learns how to fight and to love with her swashbuckling trainer, Jade Claymore (Erin Kellyman), by her side. The relationship between Jade and Kit makes for an interesting dynamic as they go on this journey with Willow.

In this series, twenty years after vanquishing the wicked queen Bavmorda, the sorcerer Willow Ufgood (Warwick Davis) leads a group of misfits on a dangerous rescue mission into the unknown. Kasdan refocused the story and the lore with the new characters without leaning on the nostalgia of the original film. It was lovely to see Davis back in that element by also giving him a bit more to do with his character. The cast worked together well, and some stylistic choices worked for the modernity of the piece. There are some humorous moments and some song choices to bring these characters into a new generation. It felt refreshing to see a fantastical world highlight a queer romance and characters struggling with their individuality in a kingdom that has expectations for them. This series places women at the forefront and has a unique twist that makes for a compelling story in this first season. Audiences will connect with these characters. And understand what they’re struggling with, which is the importance of representation on screen.